Khao Yoi and the Rice Fields

A trip out this morning took us to Khao Yoi and the surrounding rice fields.. A nice clear drive down at 6am took not long over an hour.  Fist point around Khao Yoi  didn't produce much until we ventured further over the railway line.. Scores of Black Kites circling and hunting low over the ponds.. A truly fantastic sight!!!
Four or five Spot Billed Pelicans made for some nice shots, too. Grey and Purple Herons made some nice low flights over us. snap snap... Not to many Kingfishers about but I did get one shot of a Black Capped which I think is my sharpest to date....

We followed the roads around to Wat Khao Takrao which as you get close to the temple are really flooded now (6-8"). We took the pond road and worked our way back to Rama2. Not too much around sadly. A few more herons and kingfishers. A Blue Tailed Bee-Eater and a Painted Stork completed my pics for the day.. A nice trip out...

Posted by Thaibirdspot at 5:12 PM No comments:

A trip out with Jasmin yesterday to find Pied Kingfishers turned out pretty successful... Along with spotting 10+ Pieds we also saw quite a few Black Shouldered Kites, Grey Herons, a Brahminy Kite ,an Oriental Honey Buzzard, Stonechats, Drongoes and Malkohas. It was a great day out for her and her photography is improving all the time whereas mine seems to be getting worse.......


Posted by Thaibirdspot at 7:55 AM No comments:

With the school hols here again a trip out to please all was needed. So on Monday a drive down to Kao Yoi with some pointers from Gerry Brett produced some nice pics.. Got a bit lost at first but soon found most of the recommended places to check out. We were really surprised with the amount of kingfishers , Collared, Black Capped and White Throated seemed to be around every turn we took. But no Stork Billed..Plenty of Green and Blue Tailed Bee-Eaters and Raptors everywhere too. Not really sure where we were but some nice Purple Herons and Painted Storks were about in the ponds. Think my highlight of the morning had to be the Brahminy Kite right above me....

Well we arrived after a six hour drive (usually takes one and half), checked into the usual place ...Bom and Dia's Field and First.. I would recommend this place to any one, especially those with a family... nice rooms , clean , swimming pool, WIFI and cheap (700bt). The staff are really helpful and friendly but sadly no food, but that doesn't bother me !! Jas loved the pool as usual and the afternoon and evening turned up a few more pics for me ... An Asian Paradise Flycatcher spend most of the afternoon outside my room but I still didn't seem to get a pic I was happy with... Think the wife got better ones!!!! In the evenings there were plenty of other weird creatures about (discounting the Beach Road!!).. Tuesday at the Kings Palace gardens were  weird fish and crabs to be seen!!!!


Wednesday morning....... Bucketing down with rain..  Was hoping to drive home via Huay Mai Teng Reservoir in Ratchaburi to hopefully get a Pied KF. Opted to take the trip back through the fields to Rama 2. Plenty of rain but still plenty of kingfishers everywhere... Collared , Common, Black Capped and two Stork Bills although they looked pretty shabby in the rain.. Managed to get one shot of a distant Grey Heron and a few terns (of which I am unsure of) before reaching Rama 2 and off home.... Oh and one lucky shot of FIVE in a bush  (what's that saying??)...Ayuattaya tomorrow...still got to get the Pied!!!!!!!!

Posted by Thaibirdspot at 8:35 PM No comments:

Another little jaunt out today produced great king action.... Just a few kms from home turned up Common, White Throated , Black Capped and finally Stork Billed Kingfishers all inside an hour!!!!! Not much more I can say..... Plus one Pied Harrier ..but the shot a bit too distant. Well... I'm happy!!! 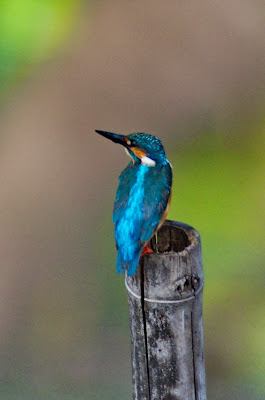 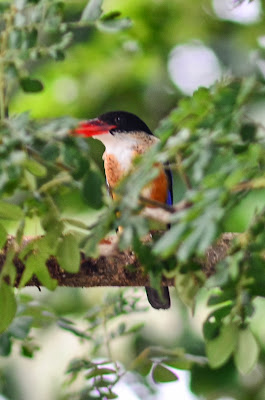 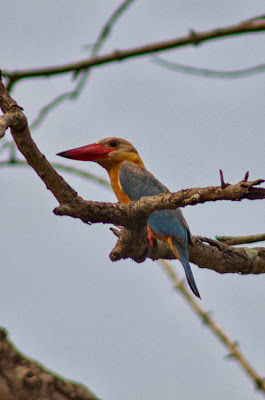 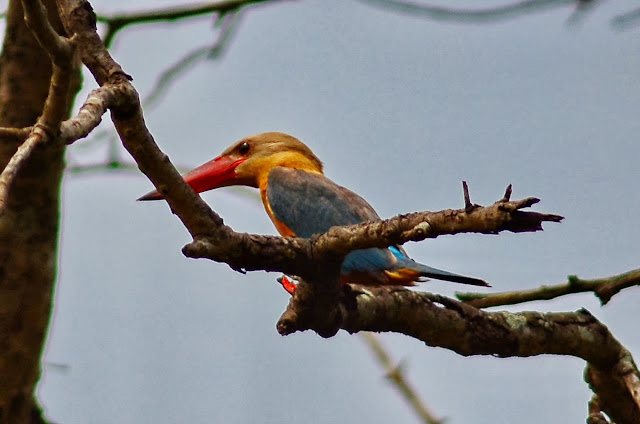 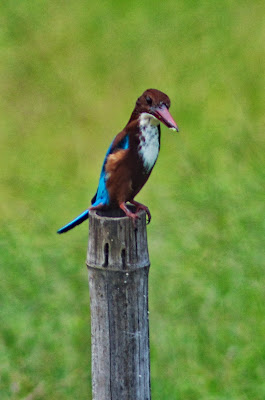 Posted by Thaibirdspot at 4:49 PM No comments:

Not having much time to get out recently, I just had a little drive around the lanes the other day. Migration is upon us again... Plenty of Blue Tailed Bee Eaters and Kingfishers about.. Not seeing any Raptors around here. A 40 minute drive along my favourite little canal yesterday  turned up 8 different Common Kingfishers, a single Black Capped and a single White Throated,  loads of Brown Shrikes,  Pond Herons and a few Brown Throated Sunbirds. Going to check it out again this afternoon, Still looking for my first Stork Bill of the year (Help!!!!)  Holidays begin soon so hoping to get up to Mae Wong, so any advise on the place would be appreciated..... 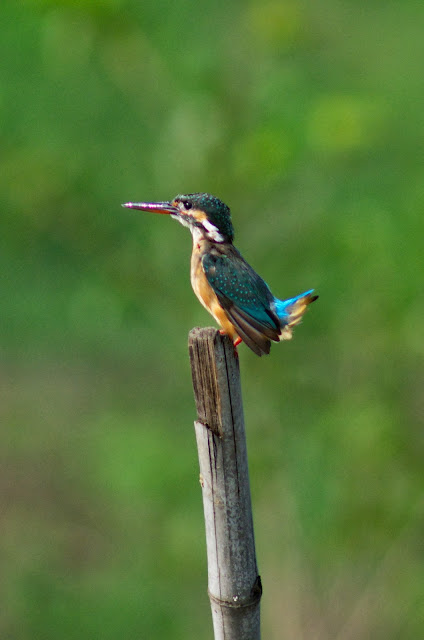 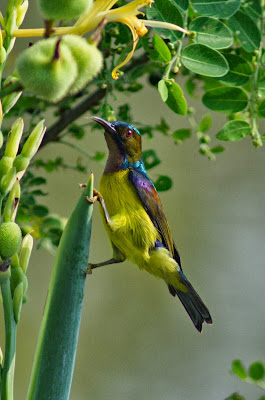 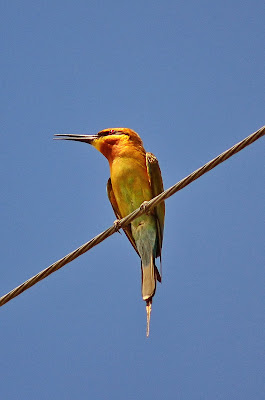 Posted by Thaibirdspot at 9:46 AM No comments: